RADAR and RF detection are traditionally the realms of classical detectors, such as microwave dishes and RF antennas. A problem with these techniques however is that they are very susceptible to noise due to their inherent high bandwidth reducing their signal to noise ratio.

We are working on developing a quantum solution to this problem, using Ytterbium ions trapped on microfabricated 2-D Paul traps. This technique will potentially provide far greater sensitivities and the ability of narrower bandwidth detection than traditional classical devices. This platform is also superior to other quantum sensors, such as N-V centres, which generally work at DC or very low RF (~Hz) while our sensor should be effective at high RF (1 MHz – 150 MHz) and even 12.6 GHz (± 100 MHz) microwaves. 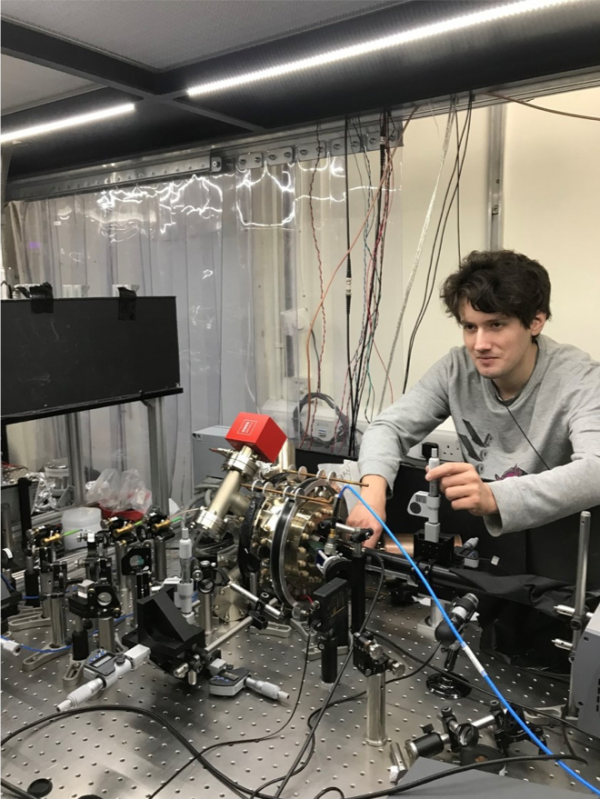 We have already been successful in constructing a fully functioning quantum sensor, which has demonstrated both RF and in a world first: microwave sensing. This system consists of a vacuum system that contains a microchip capable of trapping ion in an ultra-high vacuum environment. The ion can then manipulated to become incredibly sensitive to a particular RF and microwave frequency, which can be tuned over a large range of frequencies by applying different magnetic fields.

We have used this system to demonstrate RF and microwave sensitivities in the region of ~100 pT/sqrt(Hz), which is the lowest sensitivity accomplished for microwaves using a quantum sensor! This sensor has also demonstrated an ability to determine the frequency of a signal down to the ~Hz level, although we hope to go lower in the future.

Although our device has excellent sensitivity compared to other quantum sensors, classical RF antenna sensors have the advantage of collecting fields over a large area to produce a signal. While our device can only detect RF and microwave fields from a single point in space. This is great for determining the field strength at a certain point, but not so well for detecting something which is very far away.

We are currently working on trying to combine two technologies to produce a ‘best of both worlds’ approach. We expect an up to 10000 fold increase in sensitivity compared to the bare ion for RF and microwave radiation.

So what problems in the real world can this quantum sensor solve? Well you may have heard that there is a lot of demand for detecting drones and critically, determining their location. This can be resolved by using our sensors high sensitivity coupled with its noise avoiding ability, would give a high signal-to-noise ratio, so a drones position and heading could be determined quickly even in a noisy environment such as an airport.

In addition, our technology opens up the possibility of better radar systems! The high sensitivity and low bandwidth, would not only increase the range of a RADAR station, but also be able to determine the speed and heading of an aircraft within ~1ms-1.

The detection of explosives and narcotics using the nuclear quadrupole resonance (NQR) technique has so far been rather limited using classical techniques. Our sensor opens up the possibility of detecting explosives at range using NQR, due to its ability to pick out very weak signals in noisy environments.

We are currently focused applying our sensor to the task of detecting surreptitious listening devices using enhanced quantum sensing technique and aim to demonstrate this within the next two years. 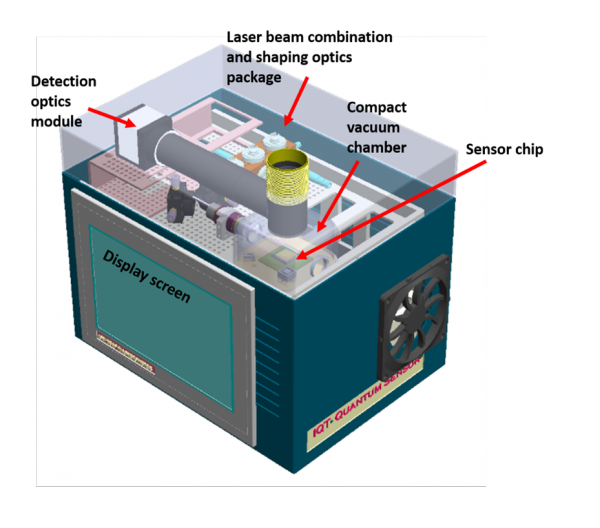 Figure 4: Current work-in-progress design for a portable version of our quantum sensor.

We also develop more advanced ion microchips for this application, such as the advanced dual-rail design (figure 5) developed by our microfabrication team. This should allow us to sense with far greater sensitivity and be able to conduct RF and microwave field measurements in under a second!

We have also been making efforts to miniaturise the technology of the demonstrator system and package it into a single device for commercial exploitation. A model of what this device should look like is shown in figure 4.

Most importantly, we are carrying out use case studies to understand the use of this promising technology for a wide range of applications. 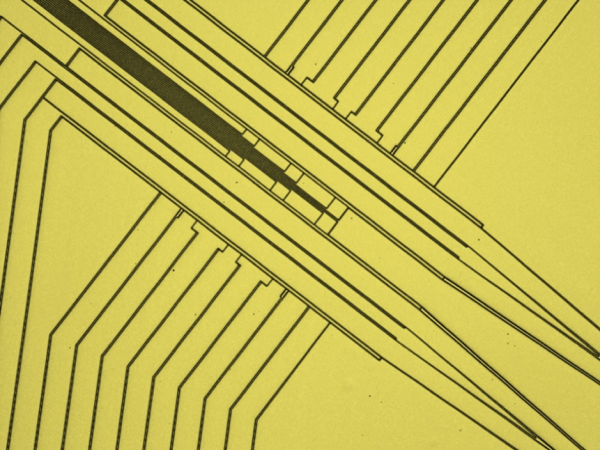 Figure 5: A dual rail chip we developed capable of trapping dozens of ions over a wide area to increase sensitivity and measure field gradient over the surface of the chip.