In order to obtain a good enough vacuum, ion trap vacuum systems need to be baked for at least one week. This limits the ability of rapid testing for ion microchips. By cooling the ion chip to 4K in a cryogenic vacuum system, it is possible to achieve the required vacuum within hours instead. Quantum simulations with trapped ions allow for the possibility of carrying out simulations of other systems that are intractable on classical computers. Using only the internal states of trapped ions, this would require however a large number of trapped ions. If one uses the motional degrees of freedom of the trapped ions, then it is possible to carry out intractable simulations with a small number of trapped ions. However, motional heating is a source of decoherence that affects the motion degree of freedom of trapped ions limiting the ability to carry out such quantum simulations. Operation of an ion trap at 4K however reduced this source of decoherence by many orders of magnitude therefore potentially enabling such quantum simulations.

We have therefore created a 4K cryogenic ion trap experiment enabling some of the key advantages explained below.

Creating an ultra-high vacuum (UHV) environment (<10-9 Torr) can be very challenging. When a system is opened and exposed to atmospheric pressure, gasses and compounds present in the air quickly adsorb to the internal surface of the system. When sealed up again, these gases can slowly desorb back into the vacuum over a very long period of time. The rate of desorption is usually too much for an ion-pump (UHV-range pump) to deal with, meaning it is virtually impossible to sustain UHV and pumping would have to occur over a period of months or years. Fortunately, the process can be sped-up by ‘system baking’, where the system is placed in a large oven at 200°C while being pumped-out by a turbo pump. However, this process is still an arduous one which can take 2-3 weeks and the high temperatures of baking can easily damage components. Any mistakes made during system construction require the entire process to be repeated if the system is to be opened. Clean-room conditions are also generally required in order to avoid contamination which can compromise vacuum levels.

In stark contrast, a cryogenic system allows UHV to be reached in a matter of hours starting from atmospheric pressure while also having far more relaxed contamination precautions. In our system, cryo-pumping occurs on two large ‘outer’ and ‘inner copper surfaces, the ‘radiation shields’, held at 40K and 4K respectively. At these temperatures, all gases other than Helium will almost-permanently freeze to the cold surfaces, removing them from the vacuum. The rate at which this adsorption occurs, given the large surface-area of the cold plates, is far larger than the rate at which gases desorb from the rest of the system. Thus, gases are quickly pumped out of the vacuum and UHV is achieved without any need for system-baking.

This means any internal modification to the system, including swapping to a different micro-fabricated trap, can be realised within a matter of a few days. Ultimately this makes the system extremely versatile, as many generations and variations of ion-traps can be tested, as well as allowing fast modifications to the internal experimental hardware (i.e. swap-over of internal filters for faster shuttling).

Cryogenic cooling is achieved on our system using a closed-cycle cryocooler, as shown in Figure 2. An ultra-low vibrational interface reduces vibrations to an amplitude of ~10nm, while still allowing efficient heat-exchange through a Helium buffer gas. 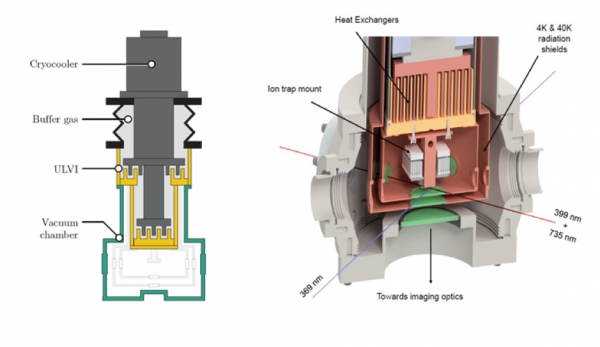 Figure 2: Cryogenic system showing the closed-cycle cryostat coupled by a ULVI to the rest of the vacuum chamber.

Currently the system is being used as an experimental test-bed for ion-shuttling. The aim is to test and develop the range of shuttle operations required for our ‘blueprint’ design of a practical quantum computer. The aim is to make the shuttling operations as efficient as possible – fast shuttling, but low ion-heating rates – by developing the theoretically-calculated ‘ultra-fast’ shuttling models on a real experimental setup. This research serves as a rigorous experimental-validation and means to develop theoretical shuttling models practically, as well as a development tool and test ground for the traps on which the shuttling is performed.

At a later stage, given the ability of the system to perform entanglement operations, the system may be used to carry out some practical quantum simulation. Cryogenic temperatures severely reduce ion-heating rates allowing for the realisation of high-fidelity entangling operations capable of performing interesting and potentially intractable quantum simulations.